This past week, I received an email from a 24-year-old girl urging me to write about this Norwegian TV series, Skam. I was skeptical. Was this some grassroots PR at work? Was she somehow involved with the show? “No,” Hanne Selboe Karagülle assured me, “I am not involved in the series in any way, just a fan (like everyone else in Scandinavia it seems)!” Later, I would discover that fans, people like Karagülle, were on a tireless crusade to make this racy teen drama more popular. They’re hard at work tweeting at celebrities and launching petitions for the network on which it aired, NRK, to add English subtitles for international fans. All fighting for a show that doesn’t really need the help. Despite being in Norwegian, it’s drawn viewers from countries around the world who have all pictured themselves locking lips with William, dishing spicy one-liners like Sana, or coming out to friends like Isak. (Warning: spoilers ahead.)

Karagülle told me it centred on high school students and their struggles, dreams, and rakish hookups in Oslo. Each season is told from the POV of one main character. It’s unique in that clips of the show are posted in real time online, as if its characters are real people. So, for example, if a party on the show is happening Saturday at 2am, that’s when the party clip is posted. On Fridays, all the clips published that week are assembled into one episode. When the show isn’t on air, fans can interact with the characters via fake profiles on Instagram and Facebook. Text messages between characters are also posted online, prompting speculation throughout the week. It’s like you’re living with them, says 20-year-old Grazia Ames, a fan of the show. “I like some photos on Instagram because I like the fact that they make them seem just like another friend or real person out there.” 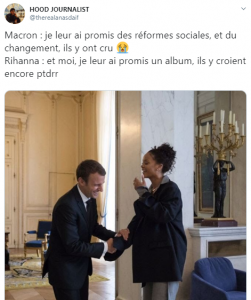